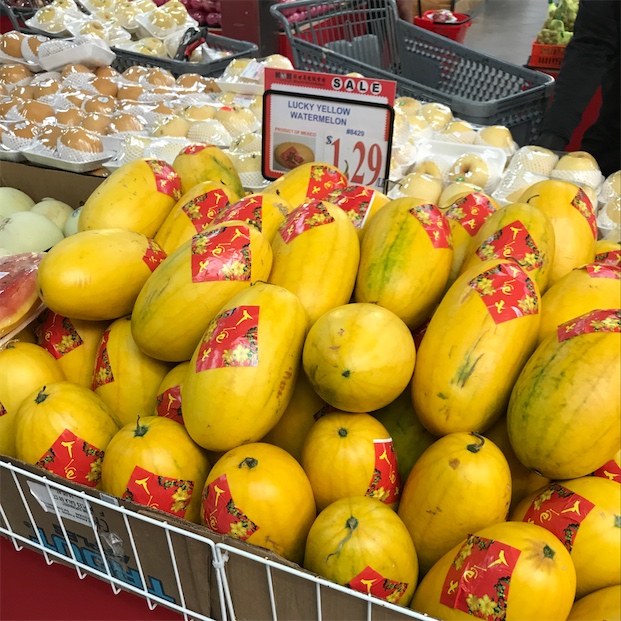 No other fruit can replicate or replace the flavor qualities and complexities of the plumcot. Its skin is smooth, pale amber colored and so thin it nearly melds into its tender and meaty, juicy but not dripping flesh. Plumcots have the shape, size and alluring aroma of apricots, the balance of acid and sugar characteristic of a yellow peach and the developed rich flavors of a plum.

Plumcots are available in the summer.

Plumcots are an interspecific complex natural hybrid of plums and apricots. The process of creating an interspecifc hybrid requires intentional controlled open pollination. True 50/50 apricot-plum crosses will generally go back into a breeding program as â€śmother stock.â€ť The process will repeat the following season. If plum pollen is used for pollination, the resulting fruit will have predominantly plum characteristics - 75% plum and 25% apricot and be called a Plumcot. The result is a fruit which draws on the best qualities of its parents to create a fruit that is better than its origins - much like technology, improving upon its previous carnation.

Plumcots are high in vitamins A and C, potassium, calcium, phosphate and dietary fiber. These nutrients are important for a strong immune system, a healthy digestive system, lowering cholesterol levels, and prevent the negative effects of free radicals. The darker pigmented varieties also provide a rich source of antioxidants.

Plumcots, like other stonefruit, are best enjoyed fresh at their peak of ripeness. They may also be baked, roasted, sauteed, pureed or cooked into jams and compotes. Complimentary flavors include vanilla, nutmeg, tropical fruits, peaches, cherries, citrus and chile. Other favorable pairings include pork, lamb, crudo-style fish and shellfish, basil, almonds and blackberries. To store fresh plumcots, refrigerate ripe fruit for three to five days.

Though there is prior evidence of fruits with both plum and apricot parentage, the botanist and horticulturist, Luther Burbank is credited with developing the first Plumcot. Burbank is considered a pioneer of agricultural science. He developed over 800 different varieties of plants, his greatest legacies, the now-ubiquitous Russet potato and the Santa Rosa plum. He is also credited with spurring the passage of the 1930 Plant Patent Act, which allowed plant breeders to patent new varieties. Though Burbank passed away four years before it became law, he received 16 posthumous plant patents, one of which was for the Plumcot. Plumcots thrive in climates such as the San Joaquin Valley, where winter time temperatures are cool but not cold and the summer season is long, warm and dry.

Recipes that include Plumcot. One

People have shared Plumcot using the Specialty Produce app for iPhone and Android.