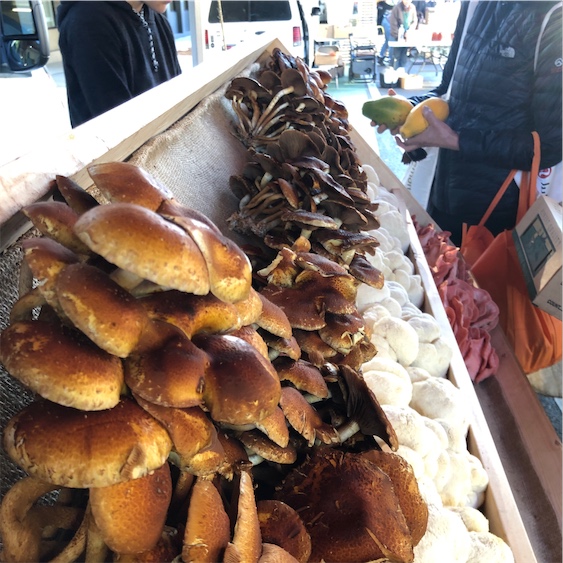 The Sharlyn melon has an oval shape with tan and yellow-orange coloring and on average weighs between 3 and 5 lbs. Superficially resembling an elongated cantaloupe, the Sharlyn does not possess the sweet unctuous flavor of cantaloupes, rather a more restrained balance of sweetness. Its pale orange flesh is soft near the center and more firm near the rind. Its aromatics are both floral and fruity with tropical notes of pineapple. Its flavor and aroma often improve after harvest, though the sugar content remains the same. Sharlyn melons have a short shelf-life and should be eaten within a week of harvesting when ripe.

Sharlyn melons are available during late spring and summer.

A member of the Cucurbitaceae family, the Sharlyn melon is botanically classified as Cucumis melo in the Reticulatus Group which includes muskmelons and cantaloupe. It is an heirloom variety of muskmelon that is sometimes referred to as Pineapple melon, Israeli or Middle Eastern melon, Ananas melon and in France as Ananas Dâ€™Amerique a Chair Verte. In Italian and French the word â€śananasâ€ť translates to mean â€śpineappleâ€ť, a nod to the sweet flavor and scent of the melon which is reminiscent of the tropical fruit. As a result of its short shelf life, the Sharlyn melon has never achieved success commercially, but remains a sought after seasonal treasure at farmerâ€™s markets.

Sharlyn melons are an excellent source of vitamins A, B6, C, K, niacin, folate, magnesium, manganese and copper. Their naturally high potassium levels and moisture content also make them an excellent food for hot summer days when dehydration poses a risk.

Sharlyn melons may be substituted for Crenshaw melons, exhibiting a similar full-flavored sweetness and a sturdy enough texture that can stand up to cooking. They can be used as a breakfast fruit and as a salad ingredient or used as an ingredient in cold soups and desserts. Seer the melons in a hot pan to caramelize their natural sugar content or grill on a fruit skewer with pineapple and mango. Pair with cucumber, berries, lemons, yogurt, honey, vanilla, chiles, sheep's milk cheese and salty cured meats. To store, keep melons at room temperature two to three days. Refrigerate ripe or cut melon up to three days.

The product of crossbreeding, the Sharlyn's parent plants were both primarily cultivated in southern France, Northern Italy and Algeria as early as the late fifteenth century. As with many summer melon varieties, the Sharlyn thrives in a hot dry climate. They are ready for harvest when the fruits 'slip' or fully detach from the vine at the stem end.

Recipes that include Sharlyn Melon. One