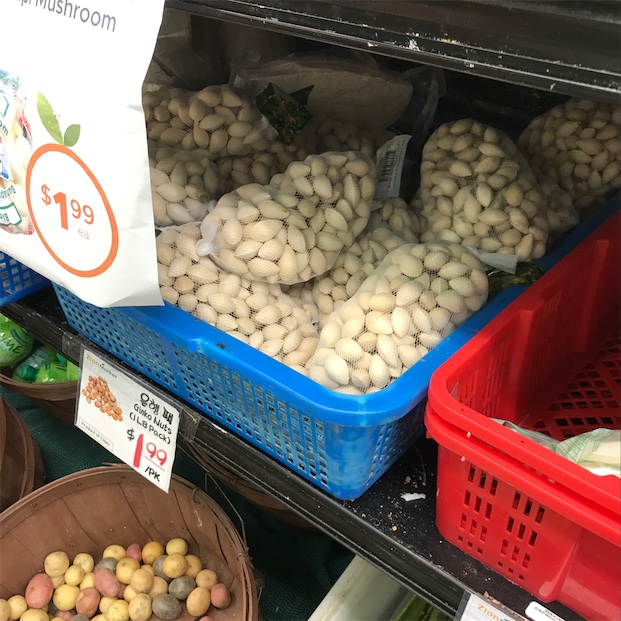 The Lady apple has thin satin-finished pale lime green skin blushed with layered tones of ruby and crimson and nearly invisible white freckles. Though it is firm to the touch, the flesh of a Lady apple is tender, not crisp. Its flavor far from tart, rather quietly sweet tart with a succulent but subtle finish. Hence, it has been noted that Lady apples are grown far more for their size and appearance versus their culinary virtues.

Lady apples are available in the fall.

The Lady apple, AKA Pomme d'Api, Lay's Finger, Wax Apple and Christmas Apple, is considered to be primarily a decorative apple. It can often be confused with a crab apple because of its minute size. Its appearance, though, is the only minor shared attribute with a crab apple. It also shares its name with the Pink Lady apple, which is a full-sized apple with completely different textural and flavor profiles.

Though the Lady apple is only roughly twice the diameter of a quarter, yielding little fruit, it is best cooked (baked, caramelized or roasted) to bring out more flavor in the fruit. Traditional companion ingredients include similar food matches paired for common apples in a variety of applications. These include almonds, bacon, butter, caramel, cheese, chestnuts, cinnamon, cream, dates, ginger, lemon, maple, nutmeg, pears, pine nuts, rosemary, sausages, vanilla and walnuts.

Lady apples are synonymous with Holidays, when they are used to decorate Christmas trees as ornaments and garland as well as being an essential element in the making of wreathes in both England and America.

The Lady apple should be historically referenced as Pomme d'Api because it is the oldest recognized apple variety under that name. It was originally documented during early Rome under Etruscan rule (approximately 700 BC). The first reference to it as a Lady apple was in 1628 during the French Renaissance. The Lady apple became naturalized in America during the 1800's. Its horticultural presence has varied through the centuries, but its ancestral heritage gives it much precedent over other apple varieties.

Recipes that include Lady Apples. One