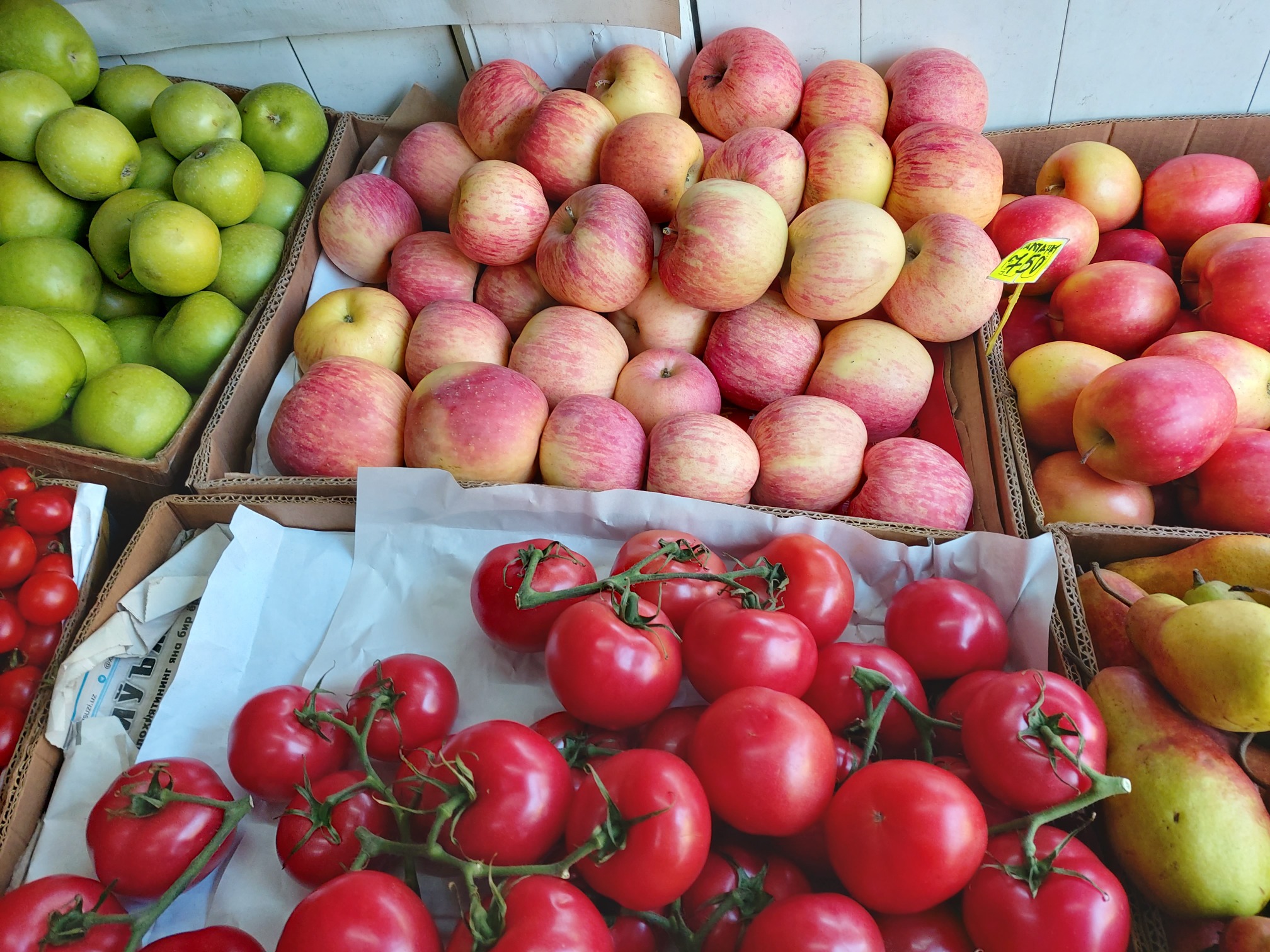 Jonagold apples have an under blush which varies in color from greenish yellow to rosy orange depending on the strain and the temperature the apples are grown in. The skin is also covered with red spotting and vertical striping. Large in size its flesh is crisp, juicy and creamy yellow in color. The Jonagold apple has a balanced blend of both its parentsâ€™ flavors offering the sweet-tart taste found in the Jonathan and the aromatic honey like scent of the Golden Delicious.

Jonagold apples are available beginning in the early fall.

A cross of two important American varieties the Golden Delicious and Jonathan, the Jonagold apple has over seventy different strains, each which vary slightly in color, size and taste.

Cholesterol-free, Jonagold apples offer a small amount of vitamins A and C as well as pectin, a beneficial fiber. This dietary fiber has been shown to reduce the body's cholesterol level and slow glucose metabolism in diabetics. They also contain potassium, which may reduce the chances of a stroke and have a trace amount of boron believed to build bones and to increase mental vitality.

A popular dessert apple the Jonagold can be used in a variety of sweet preparations. Bake into pies, tarts, muffins and cakes. Hollow and stuff or cook whole and baste to make baked apples. Jonagold apples are perfect for use in sauces, preserves and jam. Their sweet-tart flavor will complement savory applications as well. Use in chopped and green salad, serve sautĂ©ed slices alongside pork or root vegetables or pair with robust cheeses on a sandwich, pizza or cheese board.

A fairly new American variety the Jonagold apple was first discovered in 1968 at the New York State Agricultural Experiment Station. Jonagolds require mildly cool growing conditions and are not heat tolerant, something that has prevented them from having any real success as a commercial apple in the United States. They have however been extremely successful in Western Europe, particularly in Belgium where they make up approximately seventy percent of the apples grown and are responsible for making the region one of the leading apple producers in Europe.

Recipes that include Jonagold Apples. One